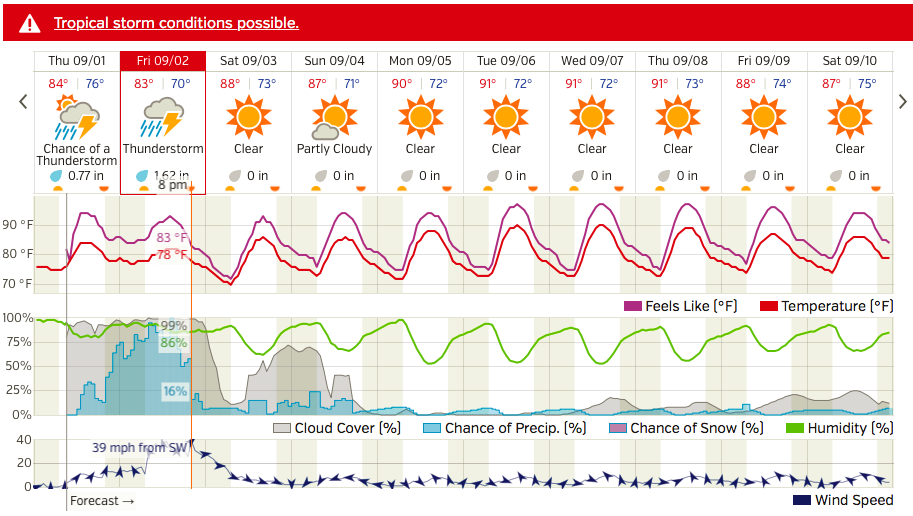 In the calm before the storm, with Tropical Storm Hermine off the coast of Florida, and then headed our way, we’re trying to make sure that we are ready for repairs to the cameras and their mounts when the storm clears. As you might be able to see in the chart on the right, this particular weather forecast has us getting winds of 39 mph on Friday Sept 2. Total rainfall may be 2-3 inches over Thursday and Friday. It then may clear up and give us a few days to dry enough to be able to get the lift out to the tree on Tuesday.

The storm currently has winds of 65 its and would be upgraded to a Cat1 hurricane if they reached 75. Once it makes landfall, 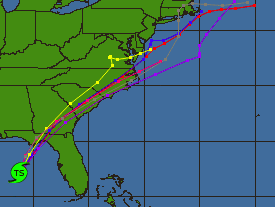 the winds should start to subside, but there’s another system that will collide with it and may keep the winds up. The best thing we’ve heard lately is that the track is probably going to move a bit inland, which will mean that the storm surge and coastal flooding in the Savannah area will be reduced. The folks in Florida’s Big Bend area aren’t so lucky – if it does turn into a hurricane before hitting land, they will get the full force of it at landfall. The worst flood and storm surge effects will be to the right side of the track, in this case east and south along the Fla west coast, as far south as Tampa.

Here’s a graphic showing the latest compendium of computer models. All of them have the center of the storm passing to the west of Savannah, and the further inland, the less energy it picks up and the less the storm surge. 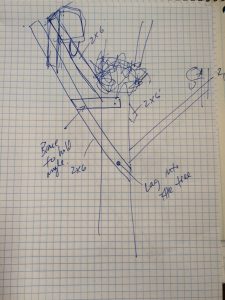 And…. we’re working on a new design based on this sketch from Tim Sears, HDonTap founder and our benefactor, that may let us keep both cameras mounted on the nest tree. Remember, without it’s branches, it’s a lot like a great big utility pole with a nest on top. Mounting cameras on poles usually  requires a bit of a cantilevered platform, which is what’s shown there. I shot some more drone video this morning to make sure that we understand where the attachments to the tree can be placed so that we can figure out what sizes of lumber will be required. Stay tuned for an actual proposed design.